Do You Know the Movie “I Know What You Did Last Summer”? This Is What The Cast Look Now…

The popular horror movie turns 20 this year. See what the original casts have become after two decades.

Fun Fact: Hewitt’s infamous “What are you waiting for?!” scene wasn’t originally scripted. According to Hewitt, it happened because a fan had won the opportunity to visit the set and choose something for one of the actors to do. When the fan suggested that Hewitt spin around in the street and scream the line, the actress replied, “You want me to what?! How am I going to look like a normal person doing that?”
[/nextpage][nextpage]

Fun Fact: Gellar originally auditioned for the the lead role of Julie, which (obviously) went to Jennifer Love Hewitt.
[/nextpage][nextpage]

Fun Fact: Even though Prinze and Sarah Michelle Gellar fell in love and later married in real life, in I Know What You Did Last Summer their characters only speak directly to each other twice.
[/nextpage][nextpage]

Fun fact: Although Wilson has mostly stayed out of the spotlight for the last decade (the photo on the right is from 2009), she married tennis star Pete Sampras in 2000 and has two children with him.
[/nextpage][nextpage]

Fun fact: In 1997, Heche starred in four box office hits: I Know What You Did Last Summer, Volcano, Donnie Brasco, and Wag The Dog.
[/nextpage][nextpage]

Now, if only they’d bring the whole cast back together for a reunion movie. 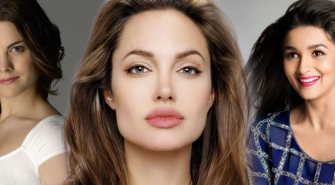