How to Cure a Hangover

A hangover is something that you will need to deal with, if you can’t help but drink with your buddies on certain weekends. Many people no longer want to drink because of the symptoms associated with it such as dizziness, bouts of headaches, and at times, even nausea. Thus, it is best that you know how to cure it, so that you will be able to shorten the period of time that you will have to go through such an ordeal.

First and foremost, one of the causes of hangovers is the fact that alcohol can get you dehydrated. Thus, replenishing your body with its needed moisture is one of the ways to get rid of a hangover in just a short span of time.

Don’t just focus on drinking lots of plain water if you are already feeling the symptoms of the hangover. Drink fruit juices as well since it is loaded with vitamins, which you have lost in the process of drinking alcoholic beverages.

This is one of the reasons why most people drink during weekends. If you drink on a night where you still have work the following morning, then you may have to call your office to tell them that you are going to be absent for the day.

They might believe you if you tell them about a certain sickness that you have, but you may be putting your work at risk, since there is always the possibility that someone saw you at the bar with your friends. 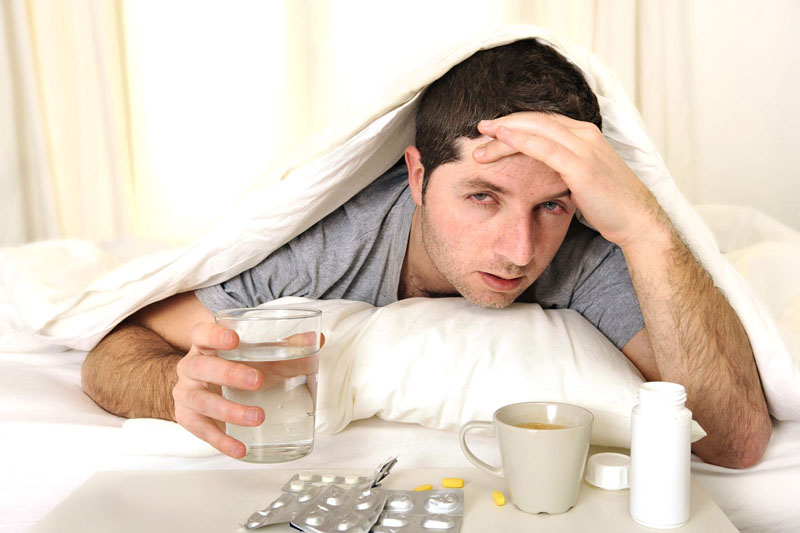 One of the things that people tend to do when they experience hangover is to drink coffee the following morning. This is usually done by people thinking that caffeine will cure the hangover, since it will wake them up.

Although it may wake you up, caffeine will actually dehydrate you further, which will make the symptoms worse. Therefore, drinking coffee is one of the things that you need to avoid when you wake up in the morning, and you are feeling dizzy due to the hangover.

Aside from curing hangover, it is also best that you know certain things to lessen the severity of the symptoms, which you can do just before you go to bed after drinking. Since you already know that drinking can get you dehydrated, then always remember to drink lots of water before, during, and after drinking alcohol.

On top of that, it is also a good idea to take your multivitamin supplement just before hitting the sack, so that you will be able to fight hangover, just before it sets in. It is important to remember all these things, so that you won’t have to suffer the consequences of having a good time with your friends.