How to Cure Hemorrhoids

If you have already had the misfortune of having hemorrhoids, you probably do not want to experience it again, due to its irritating symptoms. Hemorrhoids is actually characterized by the swollen veins on the lower part of your anus or rectum.

It can be external or internal; in any case though, having hemorrhoids is frustrating and humiliating at the same time, especially when you have to deal with the burning sensation, itchiness, and pain that can all be associated with it.

It is very important that you know how to cure hemorrhoids. This is because, such a condition can get worsen if proper treatment is not applied to it. In fact, there are certain stages that hemorrhoids would go through, and the advanced form of hemorrhoids would usually require surgery to get it treated.

Since you probably do not want to go through any kind of surgery, whether it would be for hemorrhoids or not, it is best that you become more familiar of the natural ways that you can get rid of it, so that you won’t have to consider that option.

It is important to note that hemorrhoids is often caused by constipation. When you are constipated, each time you attempt to defecate, you will actually put a lot of pressure to the tissues around your anus. If this is done constantly, it may eventually cause the tissues to rupture, which will lead to hemorrhoids. Aside from constipation, other causes of hemorrhoids include diarrhea, age, pregnancy, and many more.

As mentioned on top, since one of the major causes of hemorrhoids is having hardened stool, then one of the best ways to cure it is to eat foods that will have a healthy effect on your bowel movement. 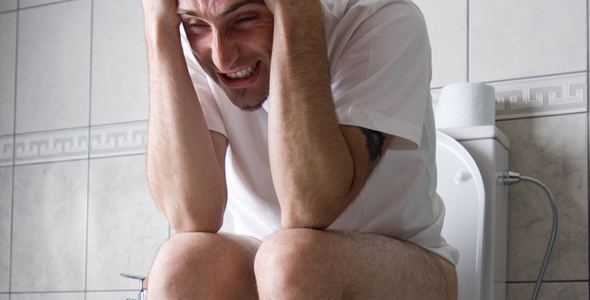 Your diet is indeed a contributing factor when it comes to this, which is why it is time that you make some changes on it. To prevent constipation, it is a good idea to ingest more foods that are loaded with substantial amounts of dietary fiber.

Aside from preventing and curing hemorrhoids, eating more fiber will also improve your overall health condition by helping your body in flushing out accumulated toxins.

On top of eating more fibrous foods, it is also best to drink more water on a daily basis. You should drink at least 8 glasses of water each day, so as to properly hydrate your body, and soften your stool.

Keep in mind that these natural treatments against hemorrhoids will not take effect immediately. Therefore, you should give it a few days first. The best thing about natural methods is that, they usually work to most people, and they attack the main culprit of a certain condition, thereby, effectively preventing it to recur in the future.