How To Treat Gingivitis

Gingivitis, which is also referred to as bleeding gums, is an inflammation inside the mouth of a person that usually affects the tissues surrounding the gums and teeth. There are a number of possible causes behind every bleeding gums issue, and one of the most common is the absence of proper oral hygiene.

There are lots of symptoms associated with it, which would include bad breath, pain in the gums, and bleeding after brushing. This gum problem should be treated as soon as possible, since it can lead to a more serious condition, which can also mean the loss of teeth and such.

The good news is that, there are certain steps that one can take in order to treat it effectively. Such steps can be taken at home, with the use of practical remedies to take care of gingivitis.

Assuming that you already have gingivitis, one of the things that you need to focus on is to practice good oral hygiene. However, since you already suffer from bleeding gums, then you should be careful in brushing your teeth.

Check the kind of toothbrush that you are using, for it is possible that you may have to purchase something that is gentler. This will reduce the incidence of the bleeding gums, and it will also ensure that wearing the enamel off your teeth would not be fast.

After brushing your teeth every after meal, go to your kitchen and mix a good amount of baking soda to a glass of warm water. Use this mixture to massage your gums with, in order to hasten its recovery. This should be done at least three times a day, so that you will be able to see improvements on your gums in just a short period of time. 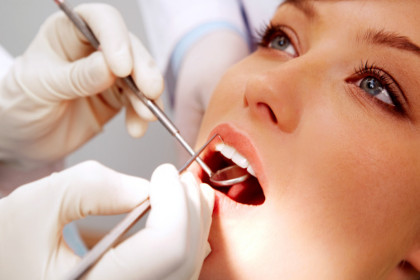 Good oral hygiene is not the only requisite in order to treat or prevent gingivitis. You can also ensure that you get enough calcium, since your teeth needs it to be in top shape.

One of the best ways to do this is to make sure that your multivitamin supplement is loaded with calcium, as well as phosphorus. Aside from that, you should also make sure that you absorb enough sunlight vitamin each day, since your body needs it, in order to effectively absorb and make use of calcium.

If you have gingivitis and you are a smoker, then your bleeding gum condition is a sign that you should quit your habit very soon. This is because smoking can rub your body off important nutrients, which will make you susceptible not just to gingivitis, but also to other infections as well. Besides, nicotine will also make your teeth brittle, aside from weakening your gums.

By following the tips mentioned on top, you will be able to see your gums getting better soon. If you are worried though, do not hesitate to visit your dentist for it.